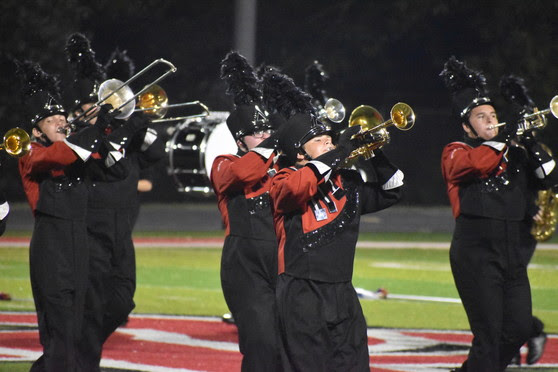 Last weekend, the Deer Park Marching Wildcats performed at two band competitions in one day. The first competition was at Springfield Shawnee High School. The band competed in Class B. They won best overall General Effect, best overall Percussion, and were runner up in their class. The band earned a superior rating qualifying them for the Ohio Music Education Association State Marching Band Finals for a 27th consecutive year!

Before the band even knew the results for the first competition, they loaded their gear, boarded the buses and traveled to Kettering Fairmont High School for the second competition. The Marching Wildcats won best overall Visual, best overall Color Guard and were runner up in their class. They also earned their second superior rating of the day, qualifying them for state for a second time in the same afternoon!!

The band will perform in the OMEA State Finals at the University of Dayton on either Nov. 3 or 10 depending on assignment from the OMEA. Details will be released as soon as they become available.

Congratulations to the Deer Park Band and first-year director Patrick Bauer on this tremendous accomplishment!