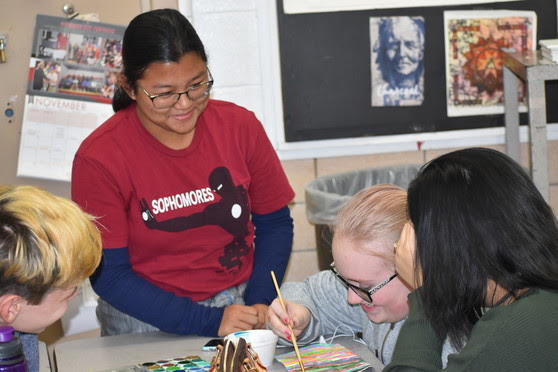 CINCINNATI, Ohio – Each year in March, Deer Park Jr./Sr. High School hosts a naturalization ceremony which welcomes upwards of 70 new citizens to the United States. In 2020, one onlooker will have a whole new perspective of the ceremony.

That’s because Deer Park High School sophomore Eunice Billena will see the ceremony for the first time as a United State citizen herself. In September, Eunice took the Naturalization Oath of Allegiance to the United States of America, following in her mother’s and brother’s footsteps after living in the U.S. for more than a decade.

“I’ve been to the naturalization ceremony multiple times,” Eunice said. “I love hearing from the people from different countries that come here. I remember one from Moscow and one from Hungary. It inspired me to want to be like them and be in that spot.”

Eunice was born in the Philippines before moving to the United States with her mother and step-father when she was five years old. She started at Amity Elementary in the third grade. Her mother took her oath of citizenship after living in the U.S. for five years, and two years ago, her brother did the same.

This year, it was Eunice’s turn. She said that she was inspired by her history classes, as she learned what it would mean to become part of the history.

“My favorite subject here in Deer Park is history,” she said. “When we were learning about American history, I was excited, because I want to be a part of the history, as well.”

Since arriving in the United States, Eunice said she has not had the opportunity to visit her country of birth, however, in an ironic twist, her newfound status will allow her to change that.

“It’s a funny story. After my ceremony, I got my passport,” Eunice said. “My mom and I want to travel back to the Philippines to visit family, and since I have my passport, we can plan that trip in the next couple of years.”

Eunice said her citizenship means so much to her, because it allows her to give back to a country that has given her so much.

“My citizenship means that I have a lot more opportunities,” she said. “I can do more things as I grow up. When I wasn’t a citizen, I was receiving a lot of things. Now, this gives me the opportunity to give back to people and do the same for others.” 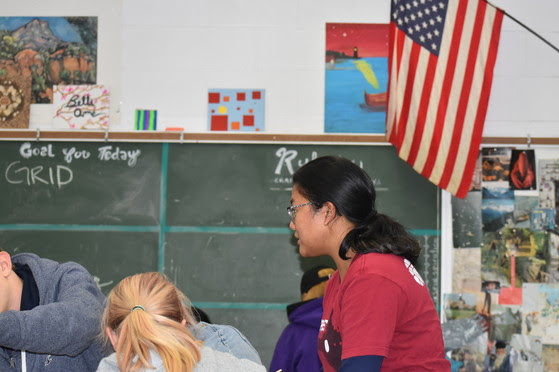